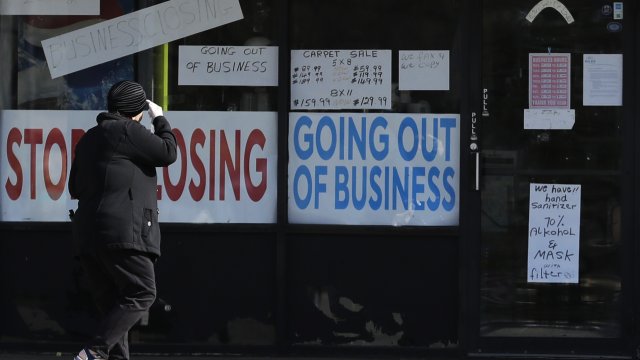 It’s the first report under the 2 million mark since weekly claims peaked the first week of April. But it still demonstrates how strongly the pandemic is hitting American jobs. In fact, last week’s claims are almost three times higher than the worst report seen during the Great Recession of the late 2000s.

Economists are still bracing for Friday’s monthly jobs report, with predictions of 20 percent unemployment. That's about 8 million jobs lost in May. In April, unemployment was 14.7 percent.

However, a report on Wednesday from the payroll company ADP is more optimistic, claiming a loss of 2.7 million jobs last month. The ADP numbers might not be an accurate count though, since it likely doesn't include furloughed employees who were kept on company payrolls but didn’t log any hours.

Either way, 42.6 million Americans have filed jobless claims over the past 11 weeks.