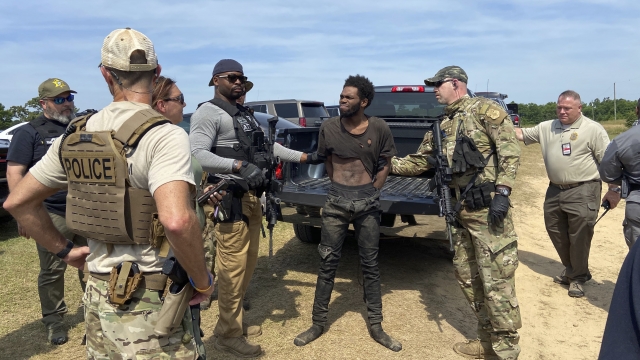 The 26-year-old man is a suspect in two killings in two South Carolina towns and two murders in the St. Louis area.

The search for Terry grew from about 100 officers last week to 300 officers Monday. The manhunt finally ended after a team of federal agents found Terry hiding in weeds with a gun nearby.

Terry initially ran from a wrecked car after firing at Chester County deputies May 17.

The driver of the car – Terry's alleged accomplice – was arrested at the scene.