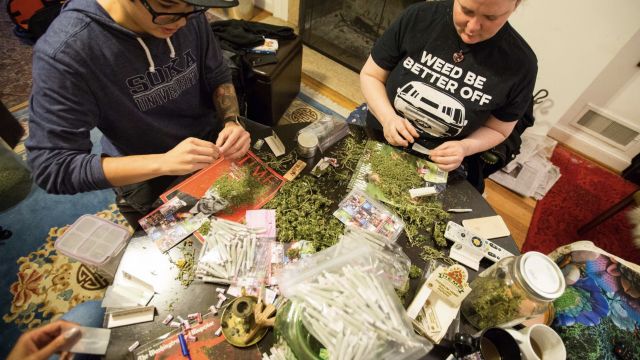 Weed activists are rolling 4,200 joints for Donald Trump's inauguration. They'll give them out for free in Washington, D.C.'s Dupont Circle at 8 a.m. on Inauguration Day.

"The simple act of giving away cannabis is a real political act," said Adam Eidinger, a marijuana activist with DCMJ.

The group is planning to give away 4 pounds of homegrown D.C. weed.

"Giving away cannabis in the District of Columbia is legal as long as you're not on federal property, so we're planning on being on D.C. sidewalks, off of federal property. Plus, you can possess up to 2 ounces of marijuana anywhere in the city, so as long as people are holding 2 ounces or less, they're not violating any laws," Eidinger said. 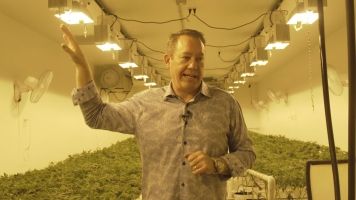 This Cannabis CEO Used To Be A High School Biology Teacher

The group is inviting both protesters and Trump supporters.

"This protest is necessary because Trump has been so silent on the issue," Eidinger said. "His advisers and his next attorney general are not friendly to marijuana legalization. They're going to roll back our rights."

Groups of activists are rolling joints across D.C. to prepare. They're rolling them in batches during the weeks leading up to the inauguration. Eidinger said the group is encouraging people to light up 4 minutes and 20 seconds into Trump's speech from their homes, but he also said if people want to protest during the event, they could. That, however, would be illegal.

"If you are going to go to the speech, you're going to be on the National Mall and you feel that federal marijuana laws should change, then you should light up," Eidinger said. "You should smoke in protest. The city should smell like marijuana. ... But our group is not smoking as a group. ... We're saying it's really a personal choice if somebody wants to do it or not."