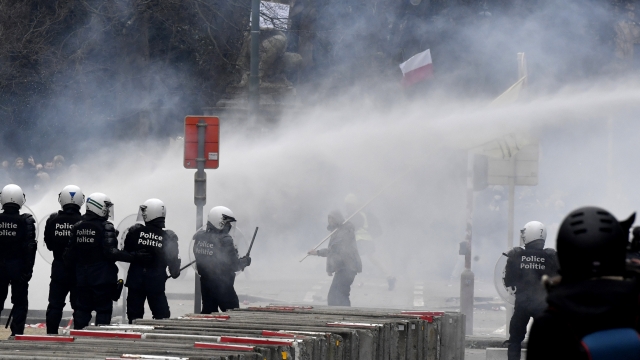 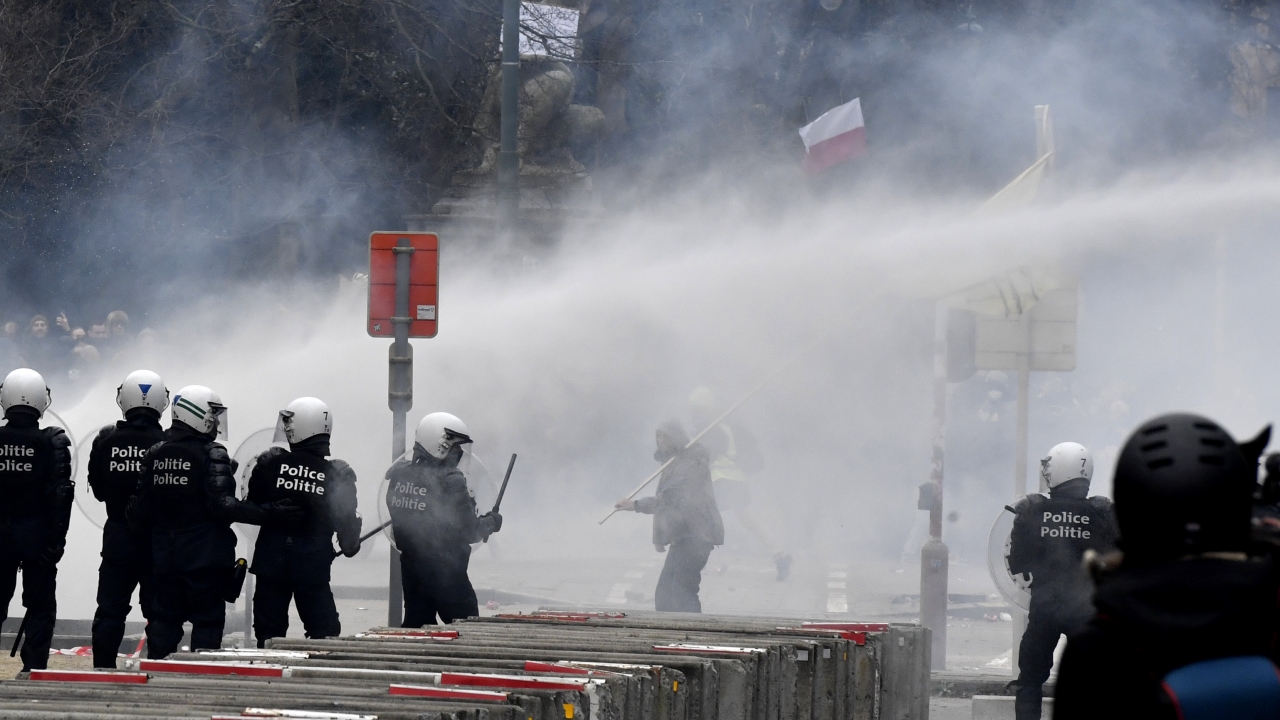 Police fired water cannons and thick clouds of tear gas in Brussels on Sunday to disperse protesters demonstrating against COVID-19 vaccinations and restrictions that aim to curb the fast-spreading omicron variant.

The protest drew tens of thousands of people, some traveling from France, Germany and other countries to take part. Protesters yelled "Liberty!" as they marched and some had violent confrontations with police. Video images showed black-clad protesters attacking a building used by the European Union's diplomatic service, hurling projectiles at its entrance and smashing windows.

The protests followed demonstrations in other European capitals on Saturday that also drew thousands of protesters against vaccine passports and other requirements that European governments have imposed as daily coronavirus infections and hospitalizations have surged due to the omicron variant.

A protest leader broadcasting over a loudspeaker yelled, "Come on people! Don't let them take away your rights!" as police officers faced off against demonstrators who hurled projectiles and insults.

"Go to hell!" shouted one protester wearing a fake knight's helmet with a colorful quiff.

Nearly 77% of Belgium's total population has been fully vaccinated, and 53% have had a booster dose, according to the European Centre for Disease Prevention and Control. Belgium has seen over 28,700 virus deaths in the pandemic.

In downtown Barcelona, protesters wore costumes and waved banners reading "It's not a pandemic, it's a dictatorship," as they marched against against restrictions imposed by both national and regional authorities to curb a surge in COVID-19 cases fueled by the omicron variant.

Participants included people rejecting vaccines and those who deny the existence or gravity of the virus that causes COVID-19. Few donned face masks, which are currently mandatory outdoors in Spain. Police said 1,100 people attended.

Spain, a country of 47 million, has officially recorded over 9 million coronavirus cases, although the real number is believed to be much higher. Nearly 92,000 people have died in Spain since the beginning of the pandemic.

With over 80% of Spain's residents vaccinated, experts have credited the shots for saving thousands of lives and averting the total collapse of its public health system.