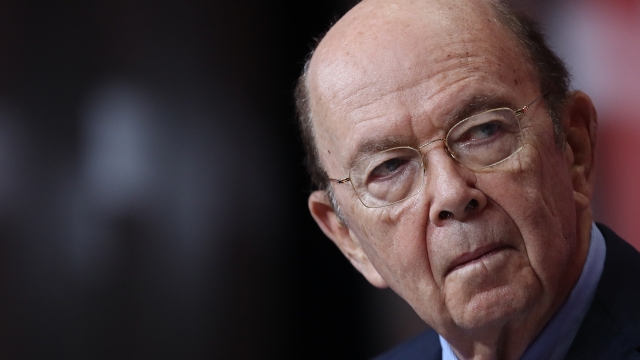 An ethics watchdog says Commerce Secretary Wilbur Ross was in violation of his ethics agreement because of errors in his financial disclosure forms.

In a letter dated Feb. 15, Office of Government Ethics Director Emory Rounds said Ross claimed to have sold his BankUnited stock before filing his report in 2018, but that reports indicated he hadn't sold them.

Rounds said, "the filer was therefore not in compliance with his ethics agreement at the time of the report," and the OGE is declining to certify Ross' 2018 financial disclosure report.

Ross said in a statement he was disappointed his report was rejected but is committed to complying to his ethics agreement.

But this isn't the first time Ross has incorrectly reported in his filings. Ross has said that in his 2017 filing he reported selling all of his stock in aviation giant Air Lease Corp. before realizing he hadn't actually done so.

Before being confirmed as commerce secretary, Ross signed off on an ethics agreement to sell most of his assets.