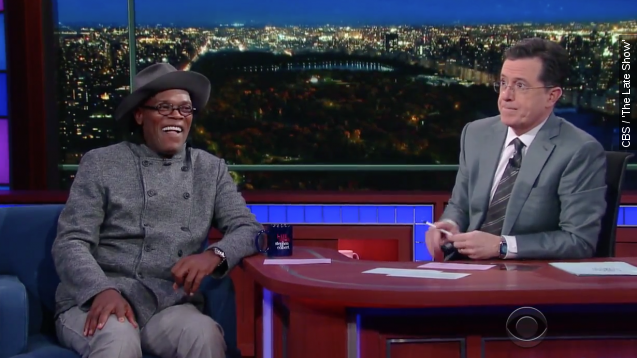 Samuel L. Jackson just proved no matter how famous the movie quote, it's a million times better when he says it.

"Frankly, my dear, I don't give a damn," said Jackson.

On "The Late Show," Stephen Colbert had Jackson try out a few new catchphrases to make his own. Too bad they were all from famous movies.

"You shall not pass!" Jackson said.

"Lions and tigers and bears. Oh my!" Jackson said.

Although it's going to be hard to beat that one infamous "Pulp Fiction" line.

"And you will know my name is the lord when I lay down furious vengeance upon thee," Jackson said in "Pulp Fiction."

Jackson was on "The Late Show" to talk up his newest project with director Quentin Tarantino, "The Hateful Eight." You can catch it in theaters now.