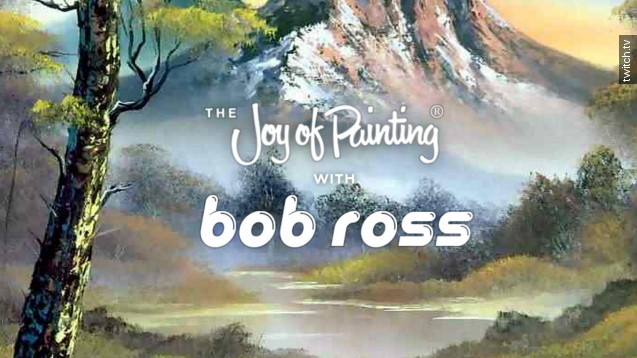 Twitch teamed up with Bob Ross Inc. to launch its new creative channel category. It will stream all 403 episodes of "The Joy of Painting."

What's the best way to launch a new creative category on a streaming site? (Video via Twitch)

Twitch is streaming all 403 episodes of "The Joy of Painting." The marathon debuts its new all-inclusive channel category for arts, crafts and computer-assembly enthusiasts. (Video via Twitch)

And it wouldn't be a Twitch stream without a new Bob Ross-ified emoji. Tune in at 2 p.m. Pacific. (Video via Twitch)