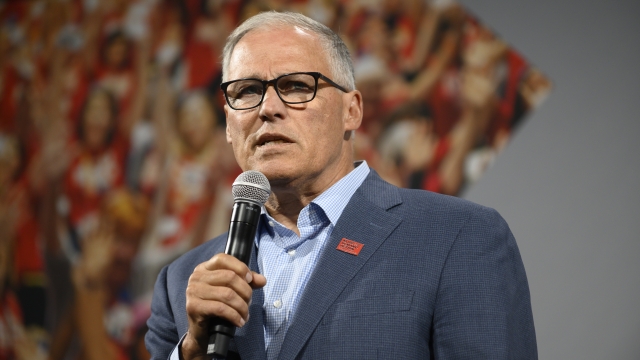 Washington state Gov. Jay Inslee has announced he is running for a third term.

Inslee made the announcement shortly after dropping out of the 2020 Democratic presidential race. Although he managed to meet one of the criteria for the next Democratic debate by receiving contributions from more than 130,000 different donors, it seemed unlikely he'd be able meet the other requirement of reaching at least 2% in four separate polls by next Wednesday.

In a series of tweets on Thursday, the governor said: "The state of Washington has provided the nation a roadmap for climate action, innovation, and economic growth. And we're not done yet. I want to continue to stand with you in opposing Donald Trump and rejecting his hurtful and divisive agenda, while strengthening and enhancing Washington state's role as a progressive beacon for the nation."

Although the state of Washington doesn't have term limits for governors, Inslee will be the first Washington governor in almost 50 years to seek a third term.