Sen. Warren Says Trump Is Losing To The Constitution — But Is He? 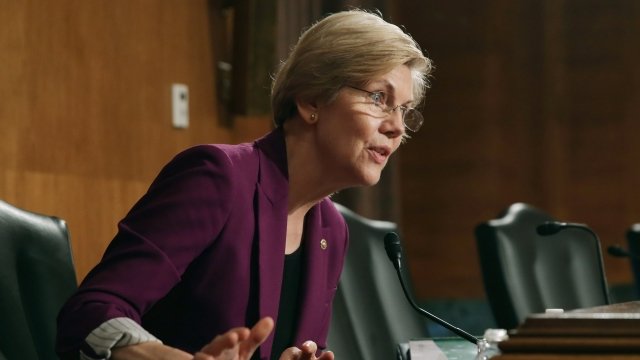 SMS
Sen. Warren Says Trump Is Losing To The Constitution — But Is He?
By Ryan Biek
By Ryan Biek
October 18, 2017
Democratic Sen. Elizabeth Warren tweeted the president's "illegal Muslim ban is now 0 for 3 vs the Constitution."
SHOW TRANSCRIPT

Democratic Sen. Elizabeth Warren tweeted the president's "illegal Muslim ban is now 0 for 3 vs the Constitution."

Others also had "0 for 3" comments. But, the comments aren't quite accurate.

That's because the Supreme Court hasn't ruled on any of Trump's three travel orders — mainly because he's issued so many.

There was Trump's first order in January, a revised version in March and then a third version in September.

Since each new travel restriction has essentially canceled out the previous one, cases haven't had time to make it all the way to the highest court before they become non-factors.

Another challenge to Warren's "0 for 3" claim — the federal judge who blocked Trump's latest version didn't say whether or not the order was constitutional.

The Washington Post notes the judge, "limited his analysis to whether Trump had exceeded the authority Congress has given the president to impose restrictions on those wanting to enter the United States."

And those restrictions are permanent, so there's a greater chance the case will reach the Supreme Court before the issue is moot.

The justices have final say on what the Constitution allows. And considering most of the Supreme Court now leans conservative, Trump may have the advantage.