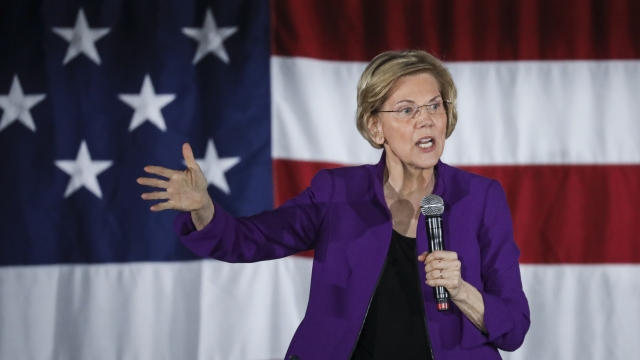 Sen. Elizabeth Warren released a plan Monday focused on battling corruption in Washington, providing a detailed road map for the core of her presidential campaign.

Fighting corruption has been a large part of the Massachusetts senator's career, and she says the plan would build on anti-corruption legislation she's advanced in Congress.

"On issue after issue, widely popular policies are stymied because giant corporations and billionaires who don’t want to pay taxes or follow any rules use their money and influence to stand in the way of big, structural change," she wrote.

Warren proposes that presidents and vice presidents put any businesses they may own into a blind trust to be sold. She also calls for not just the president, but everyone running for or serving in federal elected offices, to release their tax returns.

Warren released the plan just hours before she was slated to give a speech Monday night in New York City.