War Prevents 1 In 4 Children From Going To School 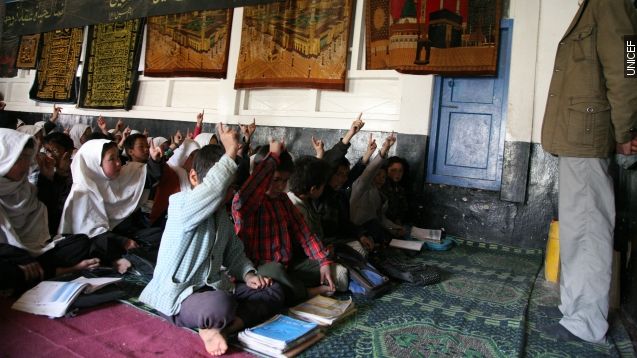 SMS
War Prevents 1 In 4 Children From Going To School
By Melissa Prax
By Melissa Prax
January 13, 2016
About 25 percent of kids worldwide don't have access to education because they live in war-torn regions, according to UNICEF.
SHOW TRANSCRIPT

A new study estimates 24 million children are missing out on school because they live in war-torn regions: That's one in four kids.

According to UNICEF, just over half of the children in South Sudan can't to go to school — the largest proportion out of 22 countries considered in conflict. (Video via UNICEF)

And for kids in Niger, Sudan and Afghanistan, 40 percent or more can't access education. (Video via ChildFund International)

In these conflict zones, war is often prioritized. That can mean the military shuts down schools and universities, and can use them for anything from bases to weapons storage.

Other times, the schools are bombing targets. But that's often disputed. (Video via The Guardian)

Activists say a Russian airstrike hit a school in Syria Monday, killing 12 children. Russian officials say the school was in the same area as groups opposing the Syrian regime. (Video via Al Jazeera)

Some nongovernmental organizations hope e-learning programs on solar-powered tablets will give kids better access to education in remote villiages.

Some of these programs have been piloted in Sudan but have only reached a few thousand children since 2013. (Video via UNICEF)