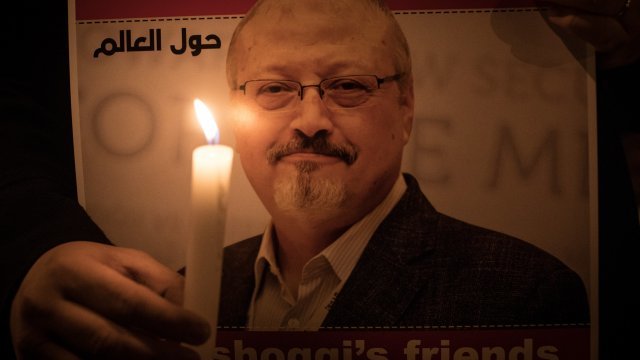 By Joshua Kranzberg
November 20, 2018
President Trump said "we may never know" who killed the journalist in October.
SHOW TRANSCRIPT

The publisher of the Washington Post criticized President Trump's response to the death of journalist Jamal Khashoggi.

Fred Ryan released a statement saying in part, "President Trump is placing personal relationships and commercial interests above American interests in his desire to do business as usual with the Crown Prince of Saudi Arabia."

But on Tuesday, President Trump said "we may never know" who was responsible for the journalist's death, adding that the U.S. would remain in an alliance with Saudi Arabia, in part because it made sense economically.