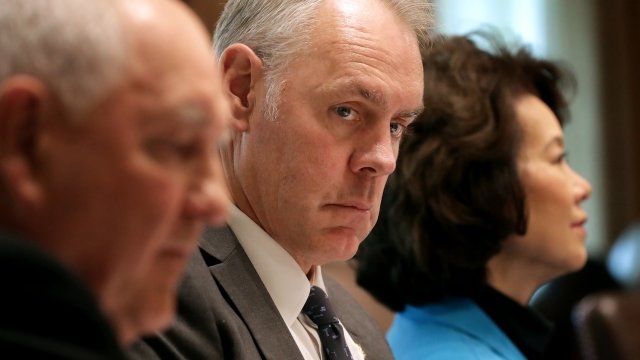 Former Interior Secretary Ryan Zinke has officially left the department, but he might not be off the radar when it comes to federal investigations.

According to the Washington Post, the Justice Department's public integrity section is looking into whether Zinke lied to Interior Department inspector general investigators.

Zinke formally stepped down Wednesday amid multiple internal ethics probes into his spending and alleged business dealings. One of those investigations found that Zinke's travel practices violated agency policy.

It's not clear exactly what Zinke might've lied about in this instance, and he made no mention of any additional allegations in a farewell tweet earlier this week.

In the past, Zinke has previously denied any wrongdoing, and called a previously-reported DOJ investigation "politically driven."

So far, President Donald Trump hasn't nominated anyone to lead the Interior Department. The agency's deputy secretary will serve in the role in the meantime.