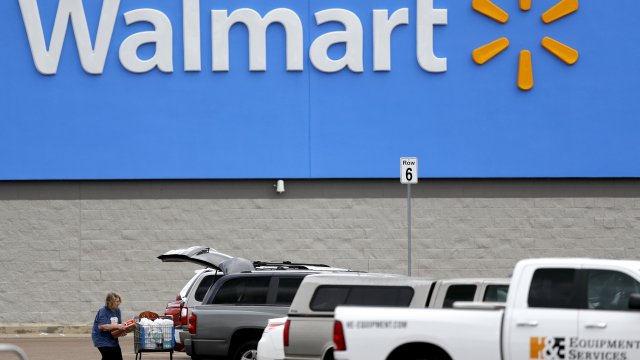 SMS
Walmart Will Require Customers To Wear Masks At All Locations
By Nathan Byrne
By Nathan Byrne
July 15, 2020
It’s the largest retailer so far to introduce a mask mandate.
SHOW TRANSCRIPT

The policy includes all Walmart and Sam’s Club stores. It’s the largest retailer so far to introduce a mask mandate.

Starbucks and Best Buy recently announced similar requirements. The policies at those two chains took effect Wednesday. Only a handful of major retailers have mandated masks for all customers at all locations.

The National Retail Federation said in a news release Wednesday it hopes the example set by Walmart —the country's biggest retailer — proves to be a “tipping point in this public health debate.”

About 65% of Walmart’s more than 5,000 stores are located in areas that already have a government mandate on face coverings. The policy goes into effect next Monday.

Additional reporting by Anne D'Innocenzio of the Associated Press.