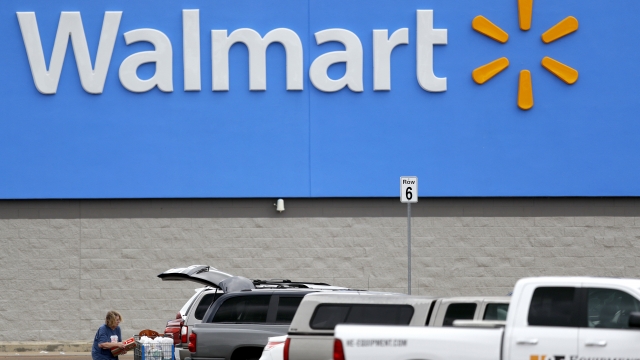 SMS
Walmart Walks Back Decision To Remove Firearms From Store Displays
By LeeAnne Lowry
By LeeAnne Lowry
October 31, 2020
It made a call to move guns to a secure backroom due to "civil unrest" but reversed course after saying the unrest was geographically isolated.
SHOW TRANSCRIPT

Walmart is walking back a decision to remove ammunition and firearms from its store cases.

It made the announcement Friday, just a day after it said it was moving the items to a secure store back rooms "out of an abundance of caution." The decision to move the weapons came as a Walmart store was looted during two nights of protests over a fatal police shooting of a Black man in Philadelphia. The company cited "civil unrest." Now it says it's returning the guns and ammunition to store cases because the unrest has "remained geographically isolated."

Walmart is a major gun retailer, selling firearms in over 2,000 stores. But the company has made changes in recent years. For instance, it raised the minimum age to buy guns from 18 to 21 in 2018.

And last year it stopped selling bullets for semiautomatic rifles and handguns after a shooter in El Paso killed 23 people in one of its stores.