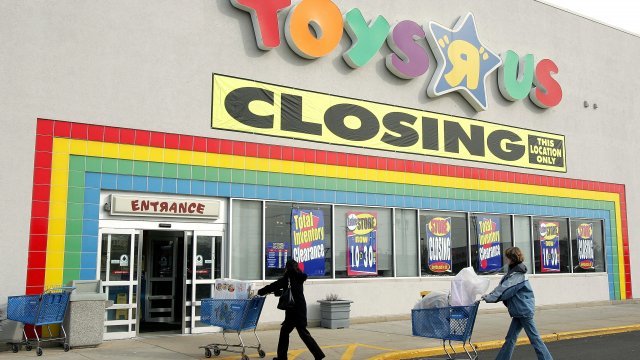 SMS
Walmart Is Aiming To Fill The Gap Left By Toys R Us
By Gabrielle Ware
By Gabrielle Ware
September 2, 2018
The company is increasing its online and in-store toy selections for the first holiday season without Toys R Us.
SHOW TRANSCRIPT

Walmart is trying to brand itself as an alternative to Toys R Us this holiday season.

The super retailer will be carrying more toys than ever before, according to its vice president of toys. The company said it plans to increase its selection by up to 30 percent in stores and 40 percent on its website.

Walmart is aiming to take over the space left by Toys and Babies R Us after the franchise filed for bankruptcy a year ago. It's the first holiday season Walmart won't have to compete with Toys R Us, and it's hoping to earn a big chunk of the $7 billion in sales the toy chain left behind.