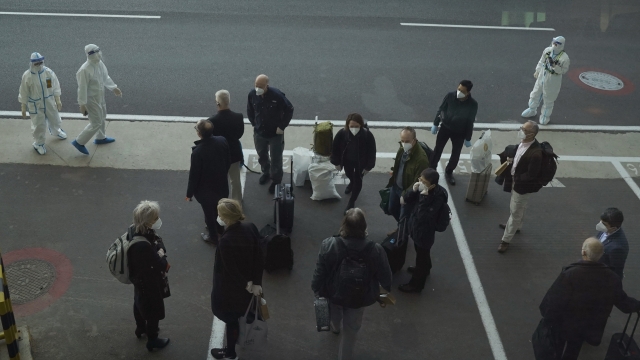 A year after the COVID-19 pandemic began, a global research team is in Wuhan, China, to investigate the origins of the coronavirus.

“We know that coronaviruses are naturally harbored within bat population, but how it jumped to humans, it's very important to understand so we can prevent any future exposures to this virus.”

The World Health Organization team is now in quarantine for two weeks after taking both throat swabs and antibody tests.

Once in the clear, the WHO's lead scientist says the team will enter the field.

The focus will be on initial human cases from December of 2019, the now-infamous Wuhan wet market and potentially the Wuhan Institute of Virology, a lab built after the 2003 SARS outbreak for research.

But according to the WHO’s published agenda for the trip, scientists will not investigate one familiar claim: whether COVID-19 accidentally escaped from the Wuhan lab.

"We're doing very serious investigations. We are not happy with China."

Finding an answer won’t be easy. Science has become political.

The Chinese government has rejected calls for an independent outside investigation.

The WHO sent the 15-person team after months of negotiation with the Chinese government, but China has blocked two researchers from entering after they tested positive for antibodies believed to be a sign of infection.

When it comes to these investigations, “it does take time” -- likely years.

1.9 million people have died from COVID-19 since cases were first detected in Wuhan.

The scientific visit comes as China reports its first COVID-related death in almost eight months, and new daily cases are at their highest level since July.