Vermont Is Getting More Gender-Neutral Bathrooms 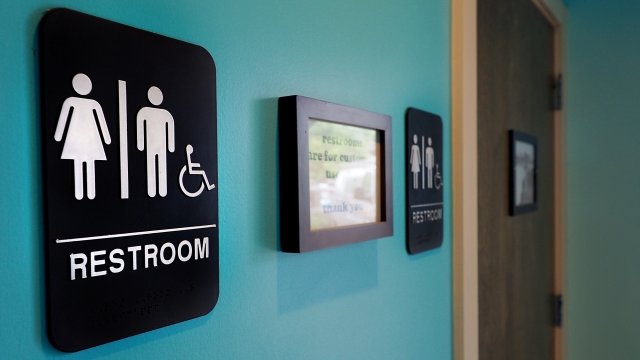 The state of Vermont will soon have more gender-neutral restrooms.

On Friday, Gov. Phil Scott signed a bill into law that requires single-person bathrooms in public buildings to be gender-neutral.

"For many transgender and gender nonconforming Vermonters, single-stall bathrooms labeled male or female create emotional stress and discomfort. ... And I understand this is especially important for kids in school who face anxiety and bullying over something as simple as using the restroom," Scott said before the bill signing.

The bill passed both chambers of Vermont's legislature with overwhelming support.

Bathroom access has been a national issue in recent years. A big part of the discussion was prompted by a different kind of so-called "bathroom bill" in North Carolina. It required people to use the restroom that matched the gender marked on their birth certificate, but it's since been repealed.