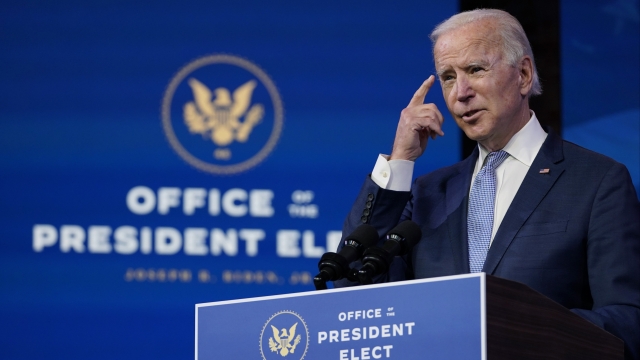 SMS
VP Pence Certifies Biden, Harris Electoral Win
By Newsy Staff
By Newsy Staff
January 7, 2021
Congress finalized the Electoral College vote and made it clear that Joe Biden is the president-elect, and he will be inaugurated on January 20.
SHOW TRANSCRIPT

Republican senators almost entirely pulled back from their objections to certifying the Electoral College votes hours after a pro-Trump mob breached the Capitol Wednesday.

There were other House Republicans like Rep. Adam Kinzinger.

"Power and cultural fights have divided us so much that they're the ultimate goal now. And sometimes the oath we swear to uphold feels like a prop," said Kinzinger. "People have been lied to by too many for too long. So here's the truth. Joe Biden won this election, the effort will fail, and everybody knows it. For some out there. This isn't about making a statement for the betterment of our country. It's about avoiding the pain, of leveling with the people and telling them the truth."

After all of the chaos and the destruction and the protests that we saw yesterday, ultimately, we are getting to the very same conclusion had none of that happened. Congress finalized the Electoral College vote and formalized and 100% without a shadow of the doubt, made it clear that Joe Biden is the president-elect, that he will be inaugurated on January 20.