Voters In France Deny President Macron A Majority In Parliament 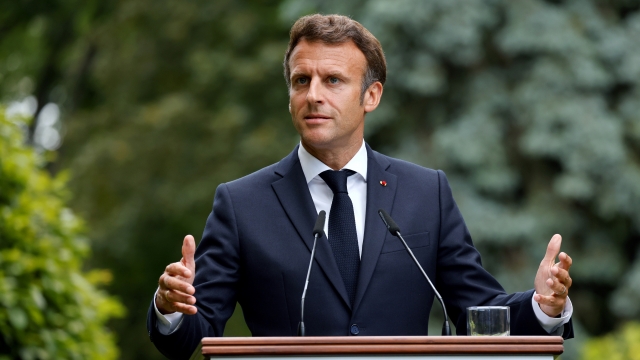 Macron's centrist alliance won the most seats with 245 but fell 44 seats short of an absolute majority that would allow him to implement his agenda.

Marine Le Pen's far-right National Rally got 89 seats in the 577-member parliament, up from a previous total of eight.

On the other side of the political spectrum, the leftist NUPES coalition, led by hardliner Jean-Luc Melenchon, won 131 seats to become the main opposition force.

The outcome of the legislative election is highly unusual in France and the strong performance of both Le Pen's National Rally and Melenchon's coalition — composed of his own hard-left party, France Unbowed, the Socialists, Greens and Communists — will make it harder for Macron to implement the agenda he was reelected on in May, including tax cuts and raising France's retirement age from 62 to 65.

Pen's far-right party now has a sufficient number of legislators to constitute a formal group at the National Assembly and request seats in other committees, including a parliamentary investigation committee and those focusing on defense and foreign policy.

In addition, the National Rally party now has enough seats — more than 58 — to trigger a censure motion against the government that can lead to a no-confidence vote.