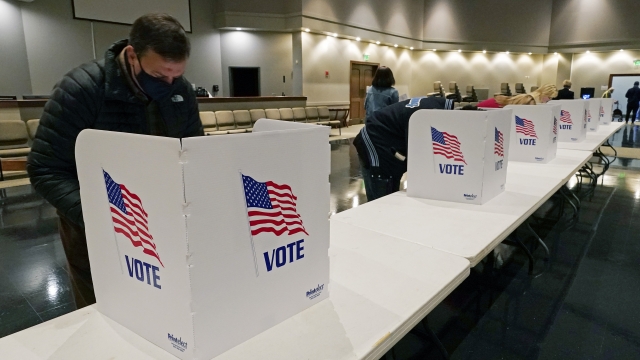 Voters in five states head to the polls on Tuesday as the 2022 primary season chugs along.

Pennsylvania is home to one of the most heavily watched races where candidates are vying to replace outgoing Sen. Pat Toomey.

On the Republican side, the primary field is crowded. Kathy Barnette is surging in the polls, and catching up to TV-doctor and Trump-endorsed Mehmet Oz.

"Folks have seen me in their homes literally for 13 years every single day. So, they have a comfort level that I am who I am. I share the values of conservatives in the state, but all members of the Pennsylvania community are going to feel included when I'm representing them in November," said Oz.

In North Carolina, candidates are running to replace Sen. Richard Burr. Congressman Ted Budd got an early endorsement from former President Trump and that's helped him stay ahead of the other Republican candidates, including former. Gov. Pat McCrory.

Both those Republican Senate races will be a test of the former president's endorsement power.

"I also want to thank President Donald Trump for his endorsement," said Rep. Alex Mooney, who won his Republican primary in West Virginia.

So far in this primary season, only one Trump-endorsed candidate has lost his race, and that was in the Nebraska governor's race.

Idaho, Kentucky and Oregon are also holding their statewide primaries on Tuesday. In each state, the incumbents running for Senate are expected to glide to the November general election. And Idaho has an interesting primary matchup in the race for Governor, where the current governor and lieutenant governor are running against each other for the Republican nomination.

By the end of this month, 13 states will have held their primaries. But the season is just getting started as some states won't hold their primary election till mid-September.