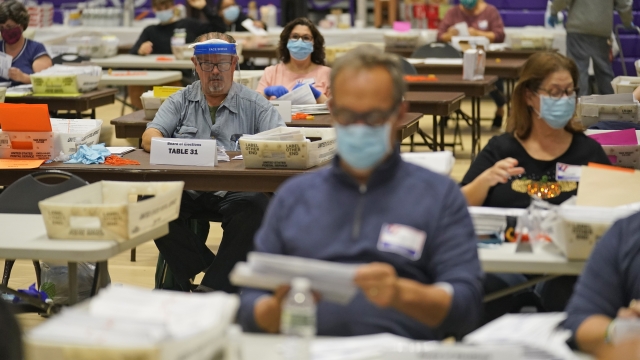 What does the “precincts reporting” number mean?

"So precinct reporting are the number of precincts, the number of polling places that have actually reported their results to headquarters," said David Hawkings, the editor in chief of The Fulcrum.

But with a significant increase in people voting by mail, the precincts reporting number will be less telling this November.

"The percent precincts reporting number is basically unusable anymore in terms of representing what proportion of vote is going to be in," said Joe Lenski, co-founder and executive vice president of Edison Research.

Like most election related laws, each state has their own system for reporting results. Some will say 100% of precincts are reporting on election night, but still have thousands of mail-in ballots yet to count. In Ohio, absentee ballots are counted first, so the state's results might say 0% of precincts reporting, but also show results for hundreds of thousands of ballots.

In trying to understand the election results this year, what really matters is knowing how many ballots were cast and how many have been counted.

"So think about a legislative contest, for example, where Candidate A is ahead of Candidate B by 1,000 votes on election night. And let's say we can say either on election night or shortly thereafter, that in that particular jurisdiction, there are only 700 absentee votes outstanding. At that point with candidate a being ahead by 1,000 votes, you can say that she's won that race. She's ahead by 1,000. There are only 700 votes left to come in. Even if they all went for her opponent. She's gonna win that race," said Minnesota Secretary of State Steve Simon.

"So I think you're going to see much more reporting this year of that reported share, that percent expected vote reporting, and much less reporting of the percent precincts in," said Lenski.