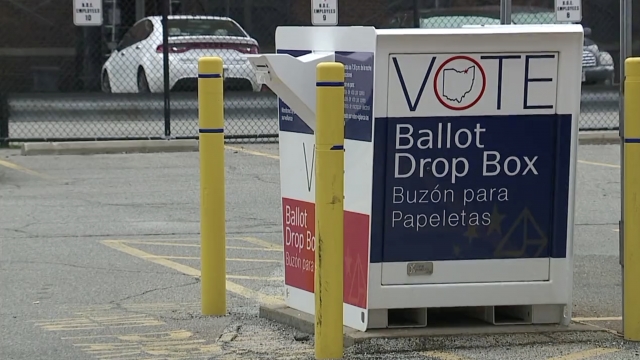 The coronavirus changed the way Americans voted in the 2020 primaries. The biggest adjustment: Voting by mail skyrocketed. Now, states are hoping to improve the process for the November election.

Nebraska, Ohio, and Rhode Island saw some of the largest increases in the country, with 80%-85% of ballots in those three states submitted by mail.

There are a lot of factors that influence overall voter turnout. But participation in 2020's primaries showed us Democrats are comfortable voting by mail, and most states saw increased participation from the party's 2016 contests.

But making the switch to mail-in voting came with some problems.

"Many of them were overwhelmed and unprepared to deal with that avalanche of requests for absentee mail voting," said Magney.

In Wisconsin, over 960,000 voters cast their ballot by mail — a record high for any election in the Badger State. The entire state was under a "stay at home" order on primary day, but some voters ended up waiting in long lines because they requested an absentee ballot that never arrived. The Wisconsin Elections Commission is taking steps to avoid that problem in November.

"We're implementing USPS intelligent mail bar codes. So voters and clerks will be able to track those absentee ballots from this, from start to finish in the process," said Magney.

Mail-in ballots need some kind of verification, and in the age of a pandemic, that can be an obstacle.

"Historically, that oath envelope required that the signature be witnessed by two people or be notarized. For the presidential primary, we did away with that under the emergency order, and so that streamlined the process greatly. We're now proposing legislation to the general assembly to do a similar process for the fall," said Gorbea.

But elections officials also said they had to overcome voter misinformation, including false claims of increased voter fraud with mail-in ballots.

"The positives, of course, have the higher voter participation. The fact that when you have vote by mail, it sort of creates a chicken-and-egg process by which voter information is better updated, etc., those are typically left out of that conversation," said New Mexico Secretary of State Maggie Toulouse Oliver.

Now, states are looking ahead to the general election. California passed a new law requiring mail-in ballots to automatically be sent to every active, registered voter for the November 2020 election. In states where people need to request a mail-in ballot, elections officials say time is on their side.

"I think the hardest part of a predominantly mail election is really getting the word out to voters, which is not that difficult to do if you just use every single channel available," said Gorbea.

"If we can get people who want to vote absentee to make their requests early, that's going to essentially, hopefully, flatten the curve of requests," said Magney.