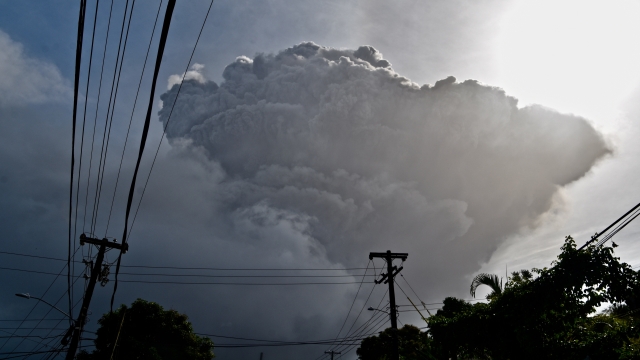 A volcano on a Caribbean island erupted this morning.

The ash from the explosion is 2,000 feet high. It's the most rare volcano on the north side of the island.

In pictures taken before the eruption, you can see the magma on the surface.

Thousands were evacuated ahead of the explosion. Cruise ships came to help people get off the island.

The volcano hadn't erupted since 1979.