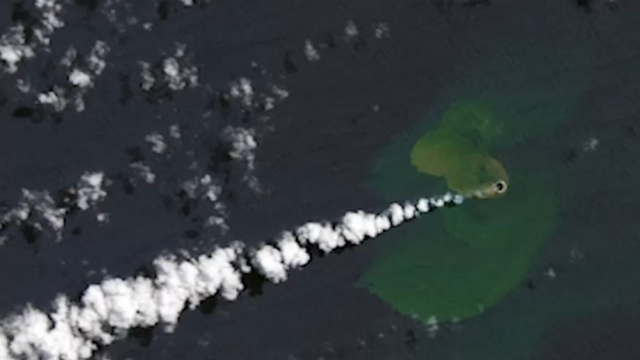 The new island, created from lava and ash, was birthed near the Tonga Islands in the Pacific Ocean.

A volcanic eruption has caused a new island to form in the Pacific Ocean.

It's located near the Tonga Islands.

Lava and ash from the volcano helped form the baby island earlier this month. At first, it was only about 1 acre wide, but six days later scientists said the island had expanded to more than 8 acres.

Those thinking this may one day be a future vacation destination may have to think again, however. The island is made up of mostly ash and pumice, and isn't even sturdy enough to walk on.

Scientists say it could solidify and stick around for a while, but it's too soon to know.

The volcano erupted Friday near the Pacific island Tonga, shooting ash into the atmosphere and prompting tsunami warnings around the globe.