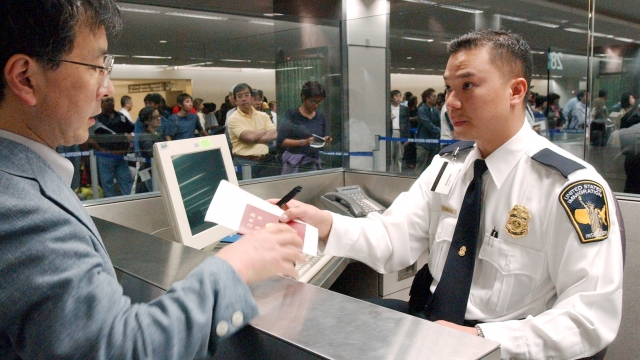 The U.S. is no longer allowing visa-free entry into the country to foreigners who have visited North Korea in the last eight years.

U.S. Customs and Border Protection posted an update to its Visa Waiver Program webpage this week. That program allows citizens of 38 countries to enter the U.S. for up to 90 days without a visa if they're there for business or tourism purposes.

But now those citizens will need to apply and pay for a visa to enter the U.S. if they've been to North Korea at any point since March 1, 2011.

This same restriction already existed for travelers who've visited Iran, Iraq, Sudan, Syria, Libya, Somalia or Yemen during that same time frame. Although exemptions are allowed for people who traveled to those countries for military or government purposes.

The U.S. government is legally required to ban visa-free travel to the U.S. for any foreign national who's visited a country that's been designated as a state sponsor of terrorism. The Trump administration put North Korea back onto that list in late 2017.

It's unclear why the Department of Homeland Security waited more than 20 months to implement this new travel restriction for those who've visited North Korea. Newsy has reached out to the department for comment.