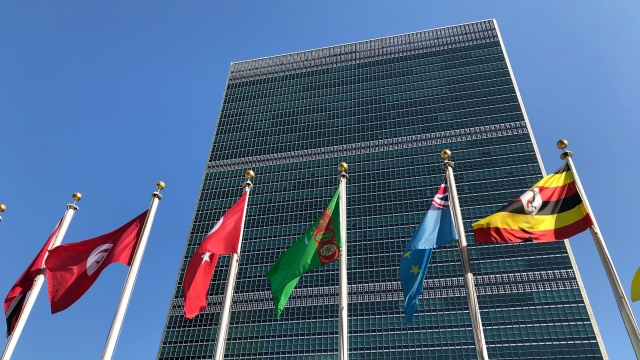 World leaders will not be meeting in person for the 75th annual gathering of the UN General Assembly this fall as a result of the COVID-19 outbreak.

Assembly President  Tijjani Muhammad-Bande made the announcement Monday. The virus has made it impossible for all of the leaders of the 193 member nations and their teams to gather safely in New York come September.

According to the Associated Press the U.N. is working on a plan that would allow leaders to tape their speeches that had been scheduled for September.

The outlet reports that U.N. Secretary-General Antonio Guterres recommended in May that leaders pre-record their messages and instead have only one New-York based diplomat present at the fall gathering because of coronavirus concerns.

Additional reporting by Edith M. Lederer of the Associated Press.