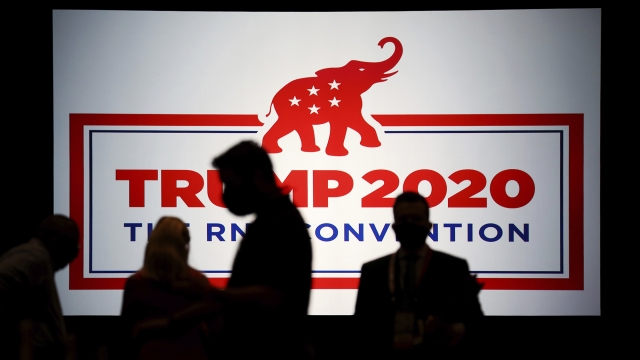 The Republican National Convention was supposed to bring  $200 million to Charlotte businesses. Planning was two years in the making.

"We were not going to let them have a full arena for the RNC," said Gov. Roy Cooper, (D) North Carolina.

When Governor Roy Cooper and President Trump had a public dispute over the RNC's large scale gatherings in June, there were roller-coaster talks of having the convention in Jacksonville, Florida, instead. That idea folded and it's back in Charlotte. Council member Tariq Bokhari says both parties spent too much time arguing.

"The parties weren't able to come together and operate in good faith to find that balance," Bokhari said. "And now we're left with an event that most people in Charlotte won't even really realize it's here."

Michael Calloway owns an event planning company, Create Amazing, that was relying on visitors and to get a piece of that $200 million profit. 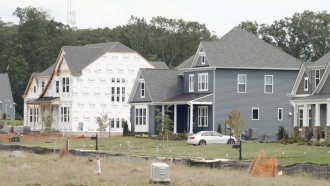 Republicans Will Likely Use The Convention To Target Suburban Voters

"We lost tens of thousands of dollars because of this. It's been a hard year, but we're just trying to stay forward," Calloway said.

When the city hosted the Democratic National Convention in 2012, it made $163.6 million dollars — but with the pandemic and much of the RNC going virtual, local businesses are hurting even more.

"We expected to have media outlets, large companies to rent our place out for the whole week," said Bob Durkin.

Durkin owns several bars and restaurants in the Queen City. The last time the city hosted a convention, he rented out his restaurant to MSNBC as studio space. This year, Durkin was hoping to double his profits, and book additional national news outlets. The RNC was supposed to be a shining light, but instead he booked nothing.

"The future is really unclear. So uncertain," said Durkin.

The Charlotte Regional Visitors Authority told Newsy they were expecting 50,000 visitors, including 15,000 from the media alone, but now it will be a meeting of about 400 people. This greatly impacts restaurants, hotels, caterers, Uber drivers and hospitality workers.

La-Tea-Da's Catering worked on the 2012 DNC convention and was shortlisted to be one of the RNC's official caterers. They even had a COVID-19 catering plan. How many RNC events are they catering?

"Zero. There is no business at all... None of the caterers on the list were utilized in any way." 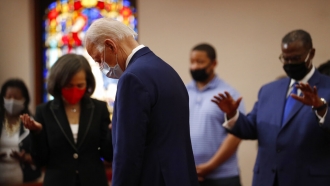 "The cap has a trickle down effect," said Woodson. "It's from the purveyors in the city, the farmers that we buy our produce from, you know, not to mention our  key employees, our captains and the families that we provide for."

"No one thought that, oh, the RNC is going to be the antidote to this COVID-19 economic crisis that we're in. But there are many of them that were holding on, with their fingernails saying, all right, if I can make it to that, that'll be a bump," said Bokhari.