Virtual Reality Could Bring Crime Scenes To The Courtroom 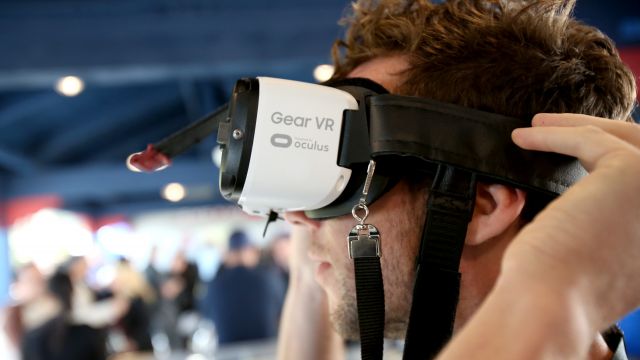 SMS
Virtual Reality Could Bring Crime Scenes To The Courtroom
By Calvin Stovall
By Calvin Stovall
May 26, 2016
Researchers are exploring the possibility of using virtual reality in European courtrooms.
SHOW TRANSCRIPT

Virtual reality technology is developing rapidly. But until recently, few had found practical uses for VR beyond gaming and virtual tourism.

On Tuesday, a European Commission grant worth over $200,000 was awarded to Staffordshire University researchers to develop VR systems that allow jurors to relive crime scenes.

Dr. Caroline Sturdy Colls said the technology could help police with investigations and "help jurors in court to understand those crimes better that they ever did before."

One technique being developed includes the use of VR motion-capture headsets, which are already popular in the gaming industry.

There's certainly a demand for this sort of technology. Wednesday, Best Buy sold out of the new Oculus Rift VR headsets almost instantly. The devices cost about $600 a pop.

Researchers at Staffordshire are also experimenting with techniques that use drones and laser scanning.

A Ministry of Justice spokesman said, "Making the most of new technology will remove unnecessary hearings, cut costs for litigants and make justice more accessible."

But some people are still skeptical of VR's place in legal matters. Lawyer Jason Holt told the BBC, "We don't have a very good track record with bringing technology into court rooms."

Holt added, "I do wonder how much difference going to a crime scene in 3D will make, compared to a standard DVD and video cameras which are used at the moment to record similar information."

Researchers are still tinkering with the concept for now, but don't be surprised if VR begins popping up in courtrooms across the globe.