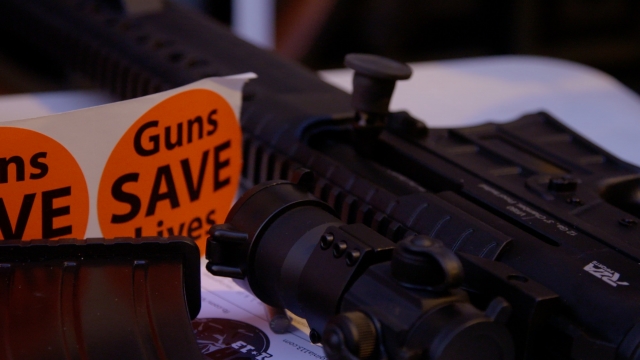 Gun owners from across the state — and state lines — gathered in Richmond to push back against what they see as encroaching firearm legislation.

Members of the Virginia Citizens Defense League organized what they called "the most important Lobby Day [they've] ever had." Lobby Day is an annual tradition where Virginians get to speak to their representatives. This year, tens of thousands of gun owners are here to push back against recently proposed gun legislation by a Democrat-led state legislature.

The VCDL has hosted their own Lobby Day since 2002.

Jennifer Curran, a Virginia gun owner: "I came down to actually talk to people who are making the laws and got voted into office and need to hear from their constituents. I don't want anything to do with that circus up the street."

But outside, gun owners said this Lobby Day is different. An estimated 22,000 people showed up to voice their support for the Second Amendment in a time that's become a watershed moment for gun owners.

Virginia's Senate recently passed gun legislation proposing universal background checks and a so-called "red flag" law. Red flag laws allow law enforcement to take firearms from a person deemed a danger to themselves or others after a judge examines proof of that claim. Both are supported by a majority of Virginia voters, according to a Christopher Newport University poll.

But gun owners from across the state — and across state lines — see these proposals as just the beginning of a larger effort to restrict gun ownership.

Malik Richardson, a South Carolina gun owner: "What they're doing here in Virginia, it's unacceptable. If they get it passed here, they're going to keep going and try to pass it … Next thing you know, they're going to be at our Statehouse. So we want to get ahead of it."

P.D. Cordell, a Virginia gun owner: "I have the right to save my own life. I also have a right to hunt and fish and enjoy the world the way I want to — and be tolerant of other people who don't always believe the same way."