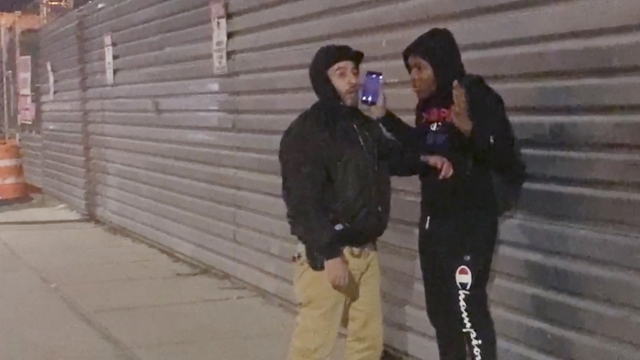 A controversial video of a man being arrested in Brooklyn has sparked outrage on social media and an official investigation by the New York Police Department.

Reports say 20-year-old Fitzroy Gayle was chased by a non-uniformed police officer out of a park. A bystander video recorded the situation.

Gayle was allegedly detained for smoking weed, which is a misdemeanor in New York. The officer held him against a wall while Gayle repeatedly asked what he had done, saying several times, "I did not commit any crimes."

About six officers arrived a short time later and can be seen tackling Gayle to the ground as he screamed for help. The person recording the incident can be heard saying, "He wasn't even resisting ..."

In the video you can see officers force Gayle to the street and arrest him. Police said they had been in the area investigating reports of shots fired in the park.

New York Mayor Bill de Blasio said in a press conference, "I don't like what I saw. Obviously it's not what we're trying to do here ... We don't have all the facts, we need a full investigation."

Gayle was charged with two misdemeanors and a standard violation for the marijuana. He has since been released and the arrest is currently under internal investigation by the NYPD.