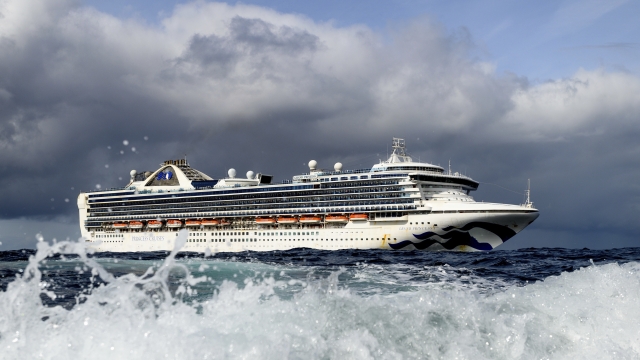 Two cruise lines announced they're temporarily ceasing operations because of the coronavirus.

The first, Viking Cruises, is canceling trips from Thursday through the end of April.

The chairman of Viking Cruises made the decision after three British tourists tested positive after traveling on one of its cruises.

Princess Cruises, the hardest-hit cruise line, announced it's suspending all operations for 60 days.

The president of Princess Cruises said: "It is our intention to reassure our loyal guests, team members and global stakeholders of our commitment to the health, safety and well-being of all who sail with us, as well as those who do business with us, and the countries and communities we visit around the world."

According to the cruise line, Princess serves more than 50,000 guests a day from 70 countries.

Thousands of passengers on two of its cruise ships had to be put under quarantine, and 705 people were infected on the Diamond Princess ship.

Princess said cruises that will end in the next five days will continue as planned, but that cruises that extend beyond Tuesday will end "at the most convenient location for guests."

Princess Cruises customers whose trips have been canceled can either apply the cost of their cruise to a different one in the future or request a cash refund. Viking Cruises is offering similar options.

According to Johns Hopkins University, more than 127,000 people have been infected with the virus around the world.