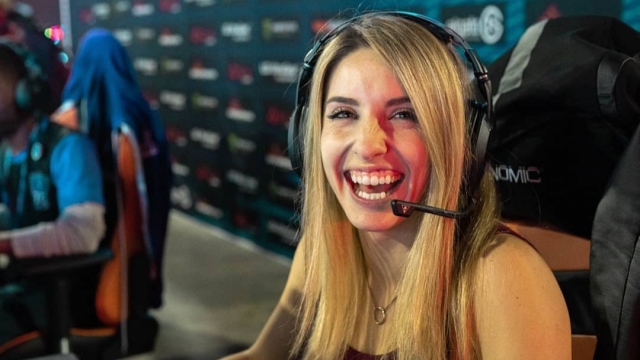 SMS
Video Game Charity Streams Are Basically Modern-Day Telethons
By Casey Mendoza
By Casey Mendoza
December 2, 2019
Platforms like Twitch and Tiltify, as well as organizations like Save The Children, are "gamifying" charity donations.
SHOW TRANSCRIPT

'Tis the season to give back, and today, one of the most popular ways to do that might surprise you. ["What just happened?"] That's right: Playing video games can help raise money for charity.

"I can't remember for how much but for certain dollar donations, I would do push-ups. I ended up doing so many push-ups, but it's just one of the things that I feel like is unique to streaming because people can do that and then they get instant gratification of watching you do something like push-ups or whatever it is."

That's professional gamer BBXH. Last year, she raised close to $1,800 for the international charity organization Save the Children in less than two hours of a live-streamed gaming marathon.

"I honestly set a goal for myself for about $600, and so to triple that and blow that out of the water completely blew my mind. And I just was so grateful to my community that they helped me support the charity. So this year I want to break that — I think I would want to push further and break the $3,000 mark."

BBXH is one of several professional gamers raising money through "Gaming Tuesday" — a play on the post-Thanksgiving holiday "Giving Tuesday" — which gives streamers the opportunity to fundraise and win prizes via live-streamed gaming marathons.

"We realized that the traditional way of giving wasn't relevant for gamers and streamers alike. So we said, well, what if we take a spin on Giving Tuesday and we call it 'Gaming Tuesday.'"

The campaign was originally organized by Save The Children in 2015, and since then, more than 130 streamers have participated, raising around $400,000 for the organization. This year, Save The Children hopes to raise between fifty and one hundred thousand dollars.

"This is a way to literally gamify the effort of fundraising. And that's why the intersection of Giving Tuesday, gamers and a good cause creates this triangulation."

Beyond Gaming Tuesday, the popularity of charity streams has ushered in what seems to be a new era of online giving. Earlier this year, a stream for a U.K. transgender advocacy group even caught the attention of a U.S. politician. ["My name is Alexandria Ocasio-Cortez. I am the congresswoman for New York's 14th Congressional District."]

In 2015, when charity streaming was still growing, philanthropist Michael Wasserman told Forbes: "I was looking at this phenomenon and thinking, 'These are telethons; they're just online.'"

Wasserman co-founded Tiltify in 2013 to make it easier for nonprofits to raise money via live-streams. Last year, the online platform facilitated more than 10,000 campaigns — two of which brought in nearly $5 million for St. Jude Children's Research Hospital.

"I think it's a very passionate community. ... I think when everyone is trying to achieve an epic win together, it creates adhesion among the community. It also builds trust and furthers relationships over time. Of course, you'll have the occasional troll or two, but for the most part, gamers do give back."