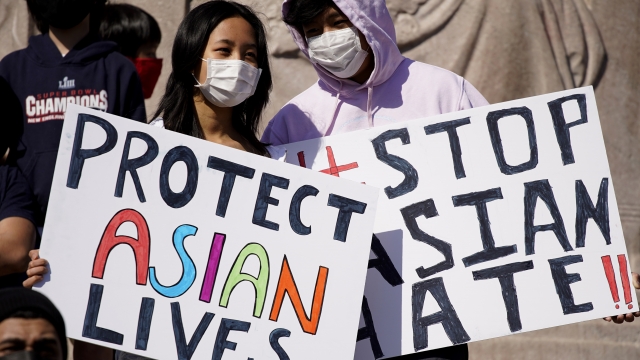 The attack happened Sunday and no arrests have been made yet.

In New York police are investigating an attack on two Asian women as a possible hate crime.

I want to warn you this video can be hard to watch. This happened Sunday.

You can see the two women walking, then suddenly they're attacked from behind. Police say the suspect told the women to take their masks off and then hit them with a hammer.

No arrest has been made yet.