Life In Venezuela During The Country's Devastating Blackouts 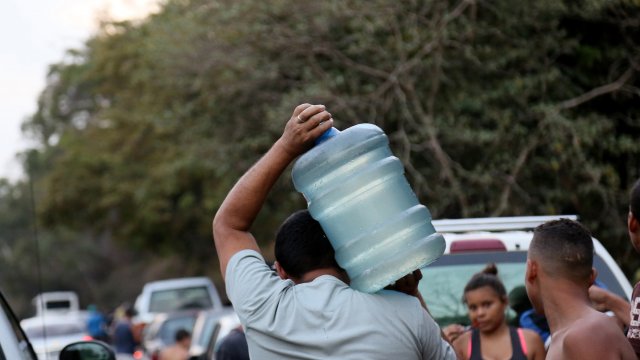 The catastrophic failure of Venezuela's power grid has left people in the country trying to survive for days without electricity or running water. Interviews and footage shot by Newsy from Venezuela paint a bleak picture of life during the blackouts in the capital city of Caracas.

The blackouts were apparently caused by a failure at the Guri Dam power plant, which supplies the country with an estimated 80 percent of its power.

Venezuelan President Nicolás Maduro has accused opposition leader Juan Guaidó and the U.S of sabotaging the grid. But the opposition argues the dam failed due to lack of routine maintenance, blaming Maduro's regime for what they say were 26 deaths caused by the loss of power.