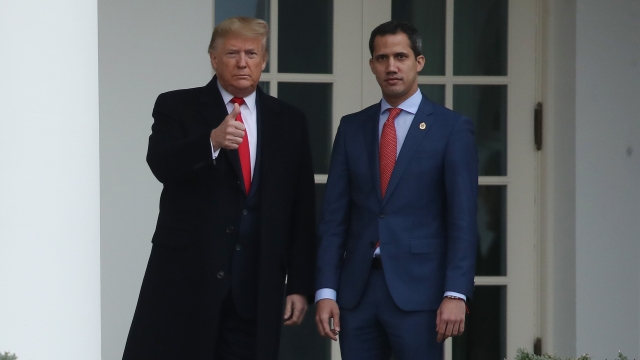 President Trump recognized Guaidó in his State of the Union address the night before.

"Joining us in the gallery is the true and legitimate president of Venezuela, Juan Guaidó."

Maduro won a second presidential term in 2018, despite widespread allegations of election fraud. The U.S. has called his government an "illegitimate dictatorship."

In a statement ahead of the visit, the White House didn't let up on it's commitment to oust Maduro. It called Guaidó's visit "an opportunity to reaffirm the commitment of the United States to the people of Venezuela and to discuss how we can work with President Guaidó to expedite a democratic transition in Venezuela that will end the ongoing crisis."