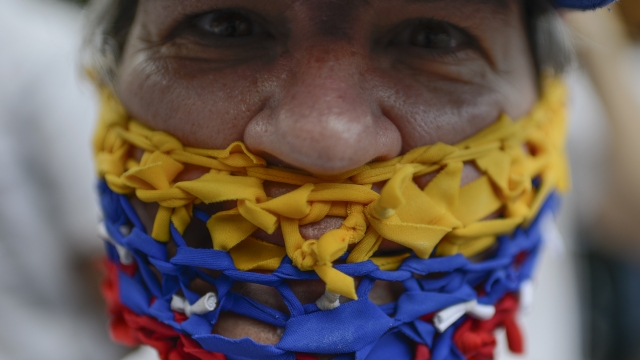 Venezuela's current president Nicolás Maduro and opposition leader Juan Guaido have agreed to resume negotiations in an effort to resolve the ongoing political and humanitarian crisis in the country.

Norway says parties for both Maduro and Guaido are set to meet in Barbados this week. Norway will mediate the talks.

Guaido confirmed the announcement Sunday, saying he'll negotiate for QUOTE "truly free and transparent elections" and "an end to dictatorship." Guaido said his motivation is to end the suffering of the Venezuelan people.

A recent report by the UN accuses Venezuelan security forces of killing nearly 7,000 people to eliminate political opponents and create fear to retain power.  The UN alsp reports some four million people have fled the country in the past four years.

The country's ongoing humanitarian crisis worsened in January after Guaido swore himself in as the country's interim president, despite Maduro winning re-election for another six-year term. Many Venezuelan opposition leaders and some foreign governments -- including the United States -- have claimed Maduro won by rigging the election and have recognized Guaido as the leader of Venezuela.