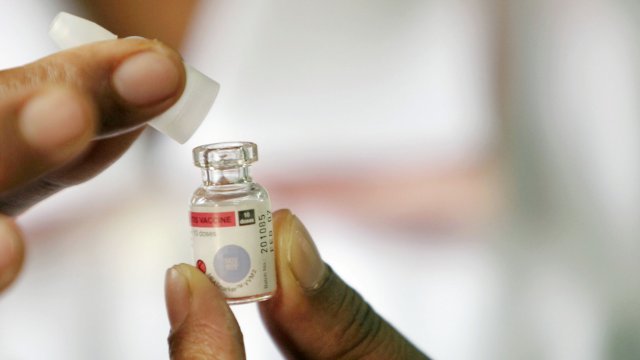 A child has been diagnosed with polio in Venezuela almost 30 years after its eradication in the country.

Polio is a highly infectious viral disease, usually found in children, that can cause paralysis. It’s preventable by vaccine, but it can’t be cured. The 2-year-old Venezuelan child was not vaccinated.

Venezuela eradicated polio in 1989, but a survey released in March said the country's health facilities and services are becoming increasingly dysfunctional.

The survey suggested that political and economic turmoil has contributed to the poor state of the country’s health care.

Venezuela has also seen increases in measles and malaria cases.