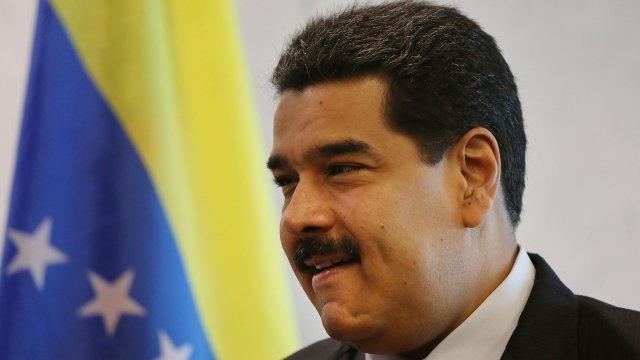 Several countries and political leaders denounced the Venezuelan election process as a sham.

Venezuelan President Nicolas Maduro won another six years in power after the country's election on Sunday. But several countries and political leaders are denouncing his win as a sham.

Panama, Costa Rica, Chile and the U.S. Mission to the U.N. said they won't recognize the results of the election. U.S. Secretary of State Mike Pompeo called it a sham, and Sen. Marco Rubio said the election was illegitimate.

Venezuela's election process has been criticized for more than a few reasons. For one, many opposition parties boycotted the vote. And some opposition candidates were barred from participating anyway.

The opposition also claimed voting numbers were inflated. A reporter from NPR said voting stations around the capital appeared almost empty all day. But election officials say voting turnout was almost at 50 percent.

There’s also the widespread issue of hunger in Venezuela. The country has a government program that subsidizes boxed food for those who sign up for the program. And those people were encouraged to scan their subsidy card after voting, which provided the Venezuelan government with a list of people who voted.

The director of the Venezuelan Electoral Observatory, a watchdog group, says people feared they could lose their subsidized food if they didn't vote. The government also reportedly used state resources during the campaign and pressured state workers to vote.

In a victory speech Sunday, Maduro told Venezuelans: "I am a better prepared president and human being right now. You trusted in me and I will respond."