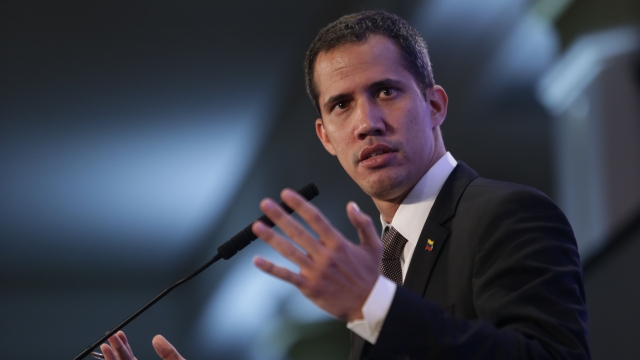 Venezuela's comptroller made the announcement Thursday, citing inconsistencies in Guaidó's financial records as the reason for the ban. The 15-year sentence is the maximum punishment allowed by law.

The state comptroller launched an audit into Guaidó's accounts in February, accusing the National Assembly president of lying about his finances and receiving money from unauthorized sources. He said Venezuela's constitution doesn't allow members of the National Assembly to "receive any type of payment from other public or private job(s)." He added Guaidó had failed to explain where he'd gotten the funds used to pay for his foreign trips since joining the Assembly.

Guaidó called for new protests this Saturday against President Nicolás Maduro following another blackout earlier this week. Maduro has suggested the U.S. and his opposition were responsible for the recent power outages. But opposition leaders say the outages were due to decades of economic mismanagement and lack of maintenance by Maduro's government.