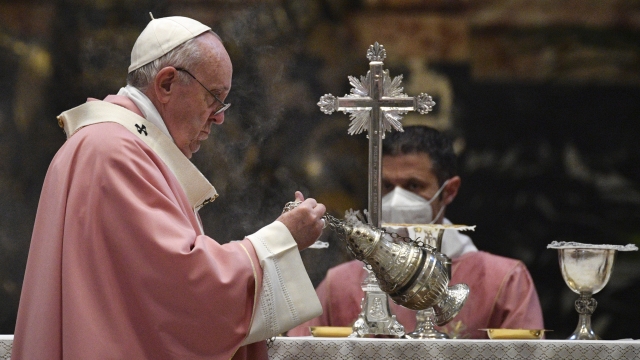 The Vatican says the Catholic Church will not recognize same-sex unions.

It said in a statement that the church can't bless gay marriages because God "cannot bless sin." The statement is in response to whether Catholic clergy can bless the marriages.

The answer was approved by Pope Francis. Last year he made history as the first pope to endorse same-sex unions, saying those couples should receive legal protections and calling them children of God who have the right to be in a family.