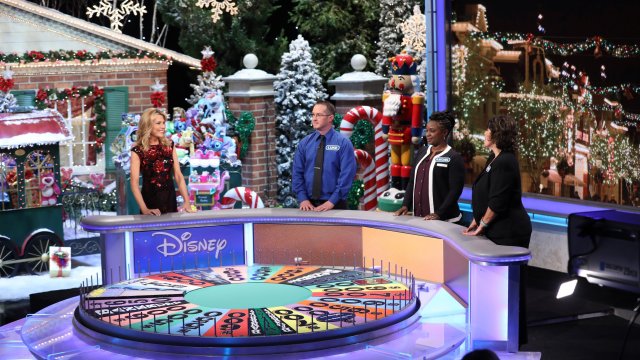 For 37 years, Vanna White has revealed puzzle letters as contestants make guesses on "Wheel of Fortune." Now, for the first time, she's going to host the entire game show. On Monday, she began filling in for host Pat Sajak.

"And here's our host: Vanna White."

White will be the show's host for three weeks while Sajak recovers from an emergency surgery. Producers made the announcement on Twitter Sunday.

She did fill in for Sajak briefly during a bonus round in 1996 because he was losing his voice, but other than that, she's rarely ever spoken while revealing letters on the classic game show. White said she was surprised to be asked to fill in. She said: “I’ve never even thought of that in 37 years and to be asked almost on the spot, ‘How do you feel about hosting the show?’ Like, what?!”

Since 1982, White has been revealing consonants and vowels for the show. Starting off, she turned each letter, and then in 1997, she begin tapping the digital screen to make the letters appear. As host, she says she's sticking to her signature shimmery dresses, but she's taking off her heels when her feet are hidden behind home base.

For the first two weeks, Mickey and Minnie Mouse figures will reveal letters on the board for the Disney Week episodes that were taped in November. White said for her third week of hosting in early January, a guest will fill in, but they're keeping that a surprise until the night before.