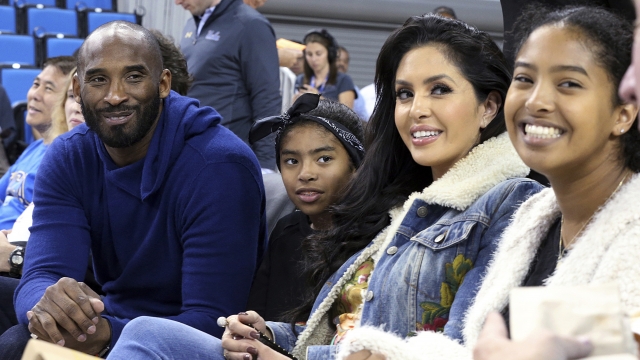 A deputy trainee on site the day of the helicopter crash that killed him, their daughter and seven others took photos of the remains and shared them with other deputies and in at least one instance with a bartender.

Los Angeles County Sheriff Alex Villanueva told The Today Show in March of 2020 that what the deputies did was unacceptable.

California Gov. Gavin Newsom later signed a law making it a crime for first responders to take photos of a dead person at a crime scene for any non-law enforcement reason.

In her deposition tied to her lawsuit, Vanessa Bryant said she had a conversation with Sheriff Villanueva the day of the accident, telling him, "If you can't bring my husband and baby back, please make sure no one takes photographs of them. Please secure the area."

The sheriff told The Today Show shortly after the photos were shared that new internal policies would prevent a repeat.

"We're redoing the entire policies, and we're creating new ones that are very specific, including a penalty of discharge for a violation of these policies," Villanueva said.

But the Los Angeles Times reports when he found out about the photos, the sheriff told deputies they wouldn't be disciplined if they came clean and deleted them.

Since then, the publication says most of the deputies have replaced their phones or wiped data from them. Not keeping that digital evidence could weigh heavily into the trial.

The trial comes more than two years after the basketball superstar's death. It's also a litmus test for privacy rights of celebrities, protecting their dignity in their most vulnerable moments and respecting the dignity of their families.