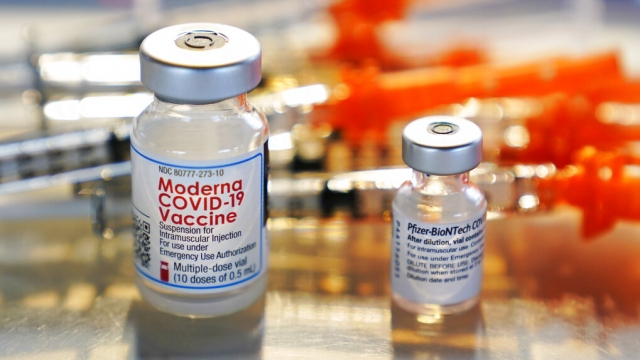 “When the story ran first time, within an hour, we had 1000 people sign up from other areas,” said Chuck Elliott, Assistant Fire Chief in Stephenville, Texas.

Stephenville, Texas, Assistant Fire Chief Chuck Elliott oversees the county’s vaccination effort and welcomed the outside foot traffic, issuing a come one, come all…to use an abundance of Moderna vaccines.

"That's our mission...to get folks vaccinated. Especially folks that are willing to come to Stephenville," he said.

It’s not just a rural Texas thing. Rural and Republican strongholds across the country are seeing an uptick in city residents flocking to their communities to snag a vaccine.

Some 21% of rural residents say they definitely won’t get the vaccine, ever. Of that group 73% are Republican and 41% are White evangelical Christians.

“It's not a majority of those folks saying that they don't want to get it, but it is higher than we see in other segments of the population,” explained Liz Hamel, VP of public opinion and survey research at the Kaiser Family Foundation.

That’s despite clarion calls from religious leaders like Franklin Graham...as well as politicians.

“Be free. Be cool. Get the vaccine,” encouraged Louisiana Sen. John Kennedy.

"It’s a great vaccine. It’s a safe vaccine. It’s something that works," former President Trump stated in a recent interview with Fox News.

Only one in five say former President Trump could persuade them.

"Not only do they not trust the government, they really not really sure about the science. They think Fauci and the CDC has been all over the place: six feet, three feet, two feet, one feet, red fish, blue fish,” said David Brody, chief political analyst at the Christian Broadcasting Network.

There’s also the idea of societal responsibility, a method that’s been used to persuade other groups.

"Most Republicans and conservatives feel that taking the vaccine should be a personal choice, rather than part of a collective responsibility to protect other people," explained Hamel, based on data from KFF polling.

A debate over so-called vaccine passports has furthered the divide.

According to KFF, restrictive policies may persuade some in the so-called "wait and see" category but don’t work for those who say they definitely won’t get the vaccine.

"They might talk about a concern about abortion and cell tissue and how the vaccines are made and all that type of stuff. Those are ancillary issues. Those are there. But the main reason is back to mistrust of government issue," said Brody.

But the lower vaccination numbers aren’t strictly tied to politics, Elliott says. Getting the word out about the ease of the process in Stephenville has helped encourage residents, coupled with his 18-minute in-and-out standard.

"We have a super-easy signup process and you walk in the door with your information or your QR code. And it's snap," he said.

White House officials say their mission is to do both — make sure distribution is easy and politics are put on the back burner, so far rejecting the idea of a federally mandated vaccination passport. Amber Strong, Newsy, Washington.