VA Admits It Has A Problem Funding Veteran Benefits 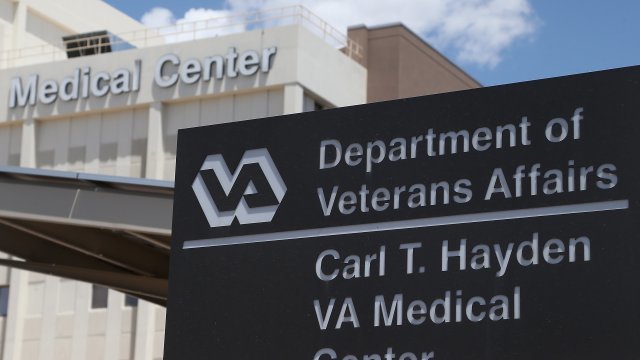 When our nation's veterans return from war, they're supposed to get a package of education and housing benefits. But a growing number of veterans are complaining -- their benefits are being unexpectedly and inappropriately cut.

The Department of Veterans Affairs admits there is a problem and is promising a fix sometime in the next 14 months. That fix, the VA promises, will include backpay. But it admits: it doesn't yet have a solution or an idea of how to fix the issue.

The problems began soon after President Trump signed an updated GI Bill in July 2017. It re-calibrated housing allowances and education stipends. The VA brought in a contractor to get its systems updated, but that update didn't work. Quickly, a backlog built up. The backlog still exists. An unknown number of veterans are not getting the benefits they deserve. And, in some cases, veterans who depend on their benefits to pay for higher education, say their benefits were severely cut.

The VA promises to give everyone affected the backpay they're owed. However, tuition payments and rent checks are due now. And some veterans say they are struggling.