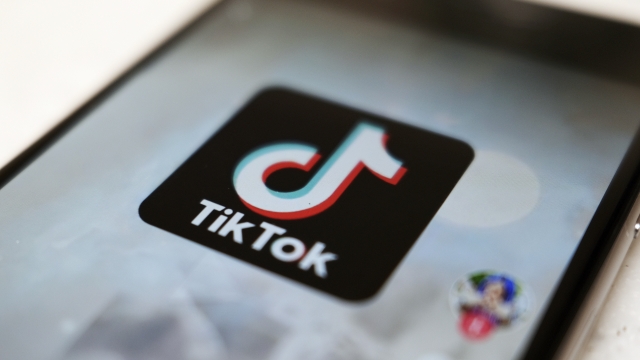 SMS
Experts Are Using TikTok To Track Russian Troop Movement
By Jason Bellini
By Jason Bellini
February 8, 2022
While politicians parse Vladimir Putin's words for signs of a Ukraine invasion, experts are studying his actions by way of video forensics.

It's Russia's largest movement of tanks and other heavy armor since the end of the Cold War.

And while the country's leadership has shared some of the action in videos they themselves release, much more of it is being captured without official permission — primarily on TikTok.

Professional military analysts, like Konrad Muzyka, are using videos posted to TikTok by Russian and Belarusian civilians as clues.

"Each conflict has its own social media platform that propels the story to the world. Now it's TikTok," he said. "We also rely to a large extent on satellite images. And this in combination with TikTok videos, everything combined, I think, gives us a slightly better picture of what is actually going on."

While politicians parse Russian leader Vladimir Putin's words for signs of whether or not he's planning to invade Ukraine, experts are studying his actions by way of video forensics.

"We're trying to figure out which units are coming," Lukas Andriukaitis with the Atlantic Council's Digital Forensic Research Lab said. "Where are they? Where they're being based, what kind of equipment they're bringing."

And that may indicate whether Putin is preparing for a full-scale or a limited invasion, or none at all.

"It is absolutely a collaborative effort because, you know, a lot of time, I don't know what I'm looking at — especially in terms of a lot more of a niche, niche weapons systems," Conflicts Co-Founder Kyle Glen said.

His day job in the U.K. is in medical sales. But for weeks, he and others have been tracking tanks, armored personnel carriers and missile systems making their way west from Siberia to Belarus.

Now they're on the lookout for that equipment being moved closer to Ukraine's border as a further sign, he says, that an invasion is being planned.

NEWSY'S JASON BELLINI: When you say that it appears they're moving closer to the border with Ukraine, how can you tell that from TikTok videos?

KYLE GLEN: I ask. I ask the video uploader and nine times out of 10, they're more than happy to give the answer. You can then use your kind of standard open-source techniques to kind of try to verify it. There were videos yesterday of trains being unloaded at a train station, you know, 15-20 kilometers away from the Ukrainian border.  The assumption is that there's another base very close to the Ukrainian border that no one's found yet.

"It's always very, very important to take a look at actually who made this video," Muzyka said. "So go onto the profile and see how many followers this person has, how many people this person follows."

Muzyka says accounts with just a small number of video posts are a red flag.

"I would always suspect that these videos does not necessarily have to portray the truth," he continued.

But so great is the threat of videos revealing sensitive information, experts say Russian soldiers have been banned from using social media. But TikTok, for civilians, for now, is a valued source.