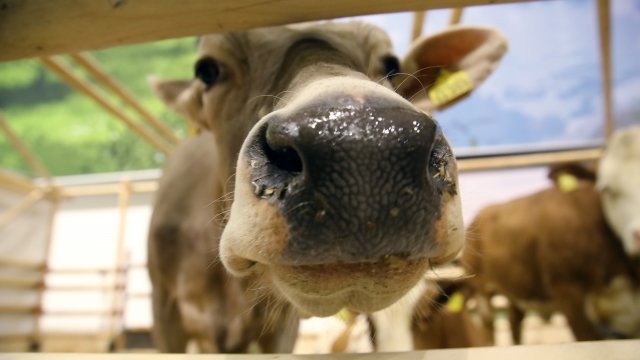 SMS
USDA Set To Withdraw Obama-Era Animal Welfare Rule
By Ethan Weston
By Ethan Weston
March 12, 2018
The rule would have created new standards for ensuring the well-being of some animals.
SHOW TRANSCRIPT

The U.S. Department of Agriculture has decided to withdraw an Obama-era animal welfare rule.

The rule would have created new standards for ensuring an animal's well-being if their meat is going to be sold as "certified organic." It was set to go into effect in May.

For example, the rules would have meant livestock needed outdoor access year round and poultry had to have room to stand, move around and stretch their wings.

The USDA says the rule is outside the agency's purview. It claims it only has the congressional authority to regulate the ingestion of certain substances, not to manage all aspects of animal care.