US Voters Link Left And Right With Right And Wrong 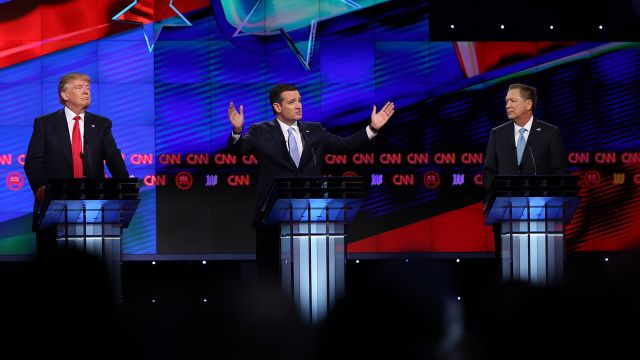 SMS
US Voters Link Left And Right With Right And Wrong
By Jake Godin
By Jake Godin
April 15, 2016
In a recent Fox News poll, voters weighed in about how polite or rude they thought the GOP and Democratic campaigns were.
SHOW TRANSCRIPT

A new Fox News poll is out, and it's got some bad news for the Republicans ... 8 in 10 voters say they think the campaigns in the GOP primaries have been "rude and disrespectful."

But is that opinion really surprising, considering scenes like this?

On the other hand, a little more than 6 in 10 voters called the Democratic campaign "polite and respectful."

Which is surprising given that while all of the Republican candidates consider themselves Republican, that's not true in the Democratic race. And yet, somehow, it's friendlier.

Not that they don't have their moments, either.

This video includes images from Getty Images and video from CNN.