Millions Of Visitors To US Could Soon Face Social Media Vetting 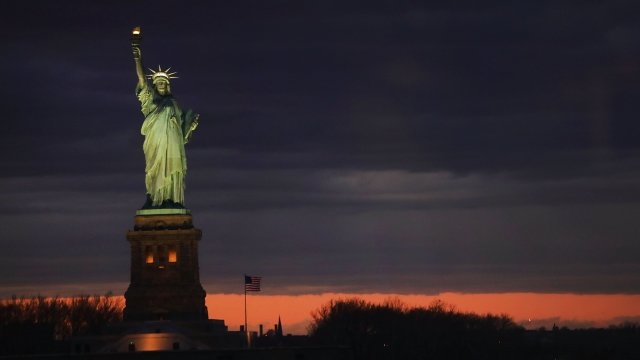 SMS
Millions Of Visitors To US Could Soon Face Social Media Vetting
By Ben Schamisso
By Ben Schamisso
April 2, 2018
It's part of President Trump's effort to institute "extreme vetting" of foreigners entering the country. The ACLU condemned the proposal.
SHOW TRANSCRIPT

President Donald Trump sent a series of tweets Sunday focusing on NAFTA, border protections and the Deferred Action for Childhood Arrivals program. But he didn't mention another significant immigration proposal.

Nearly all those who apply for a U.S. visa — that's estimated to be over 14 million people a year — might soon have to provide every social media handle they've used in the past five years. That's according to a recent State Department proposal in a government journal called the Federal Register.

If approved, the new requirement could vastly increase the number of foreigners the U.S. government monitors through their social media history. The proposal is part of Trump's continued anti-terror efforts that involve "extreme vetting" of foreigners entering the country.

"The time is overdue to develop a new screening test for the threats we face today. I call it 'extreme vetting,'" Trump said in 2016. 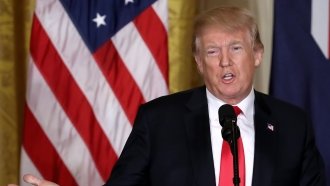 The American Civil Liberties Union said in a statement the plan to expand the social media program to nearly all visa applicants would have a "chilling" effect on applicants' freedom of speech. The ACLU said, "People will now have to wonder if what they say online will be misconstrued or misunderstood by a government official."

The organization added, "There is a real risk that social media vetting will unfairly target immigrants and travelers from Muslim-majority countries for discriminatory visa denials."

Expanded screening of immigrants' social media history is an issue that first came to light after the 2015 San Bernardino terrorist attack, which killed 14 people. Authorities said at the time they hadn't seen the attackers' private online messages about violent jihad; one came to the U.S. with a so-called fiance visa.

The new proposal wouldn't affect citizens from roughly 40 countries that get visa-free travel status to the U.S. But it would add new requirements for millions of applicants from nonexempt countries — like Mexico, Brazil, India or China — who are traveling to the states for business or pleasure.

The public has until May 29 to comment on the proposal before the Office of Management and Budget makes a decision.