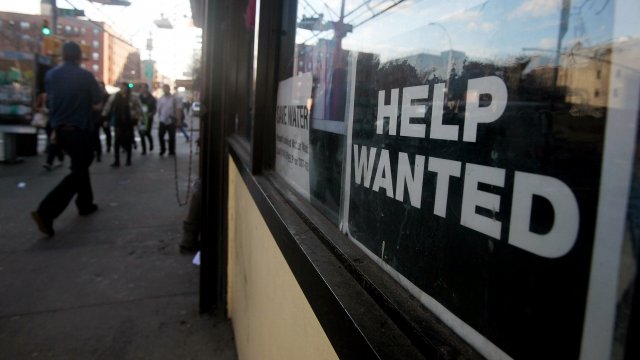 By Cristina Mutchler
October 5, 2018
New numbers from the Labor Department show the jobless rate fell to 3.7 percent in September, the lowest since 1969.
SHOW TRANSCRIPT

It's been decades since the U.S. jobs market was this strong.

New numbers from the Labor Department show the unemployment rate fell to 3.7 percent in September. That's the lowest rate since 1969, and is good news for American workers.

The U.S. economy added 134,000 jobs last month, which was a bit below economists' expectations. The Labor Department says Hurricane Florence might have impacted those results.

Economic analysts are also keeping an eye on average hourly earnings, which went up by 8 cents an hour in September.

This is one of the last big economic reports ahead of the November midterm elections. Republicans will highlight strong economic data as proof for voters that Trump administration policies are working.